A Few Thoughts on Drinking

I have a friend who drinks a lot, but he says he doesn’t have a problem. His line is: “I drink, I get drunk, I fall down. No problem.” It’s pretty funny and I always laugh when he tells me this. 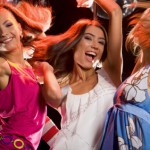 But, I have a few thoughts pertaining to alcohol that I would like to discuss here and perhaps they will have some meaning for you in your life.

So let’s say you go out for a few drinks with some friends. You drink and get drunk. And, let’s say, for arguments sake, you get really drunk, to the point that you are sick (which happens to people sometimes, I think we can all agree on that) and then the next day, when you wake up you experience a really bad ‘hangover’.

What is a hangover? I mean, we know the symptoms: you may experience a lingering sick feeling, become nauseous perhaps, and have a bad headache, difficulty concentrating, tolerating noise and all that—but what does all that mean?

It means you suffered a brain injury.

Just think about it for a second. Let’s say you were out riding your bicycle one day and you slip on some gravel. You fall and hit your head on the pavement and you are knocked unconscious (you were obviously not wearing a helmet). What does this mean? It means you suffered a brain injury and, as a result, you were knocked unconscious, right? You are taken to the hospital and on the way you regain consciousness. At the hospital you are diagnosed with a ‘concussion’ and for the next few days you are not a hundred percent, you feel a little sick, perhaps woozy, nauseous, disoriented, unable to concentrate and so on. But a few days later you recover and you are fine. What this means is that when you fell and hit your head, your brain suffered an injury. The result of injuring your brain was that you were off balance for a few days while your body did the necessary repair work to recover from the injury.

But compare the symptoms of a concussion with those of a hangover. Do you see any similarity between them? You should—they are the same. The only difference is that in one case the symptoms are the result of a traumatic injury (you hitting your head on a concrete pavement) and in the latter scenario the symptoms arise out of a chemical injury.

Most people don’t think of hangovers in this way. Hangovers are a kind of social joke. However, in truth, what’s happening when you drink to the point where you become sick is that your brain, on which alcohol has an impact, is being shell-shocked, it gets injured. And we can tell it suffered an injury because consequently the next few days are not the same for you. Your body has to do repair to the brain so that you can return to normal.

Many people do this to themselves repeatedly. The fact that it appears as though they return to normal after a few days means to them that the hangover was just a lasting but benign effect of the alcohol they drank. But the alcohol has metabolized out of their system long before they recover from the aftereffects. So, if the alcohol has gone out of the system, why are they still recovering? They are recovering because there was damage that has not yet been repaired.

Let’s extend this dialogue further. So a person drinks heavily again and again and every now and then suffers a hangover. The body is forgiving; we know that, because the individual returns to normal after a few days. But let’s say the body, even though it is very forgiving, cannot repair all the damage to the brain? What happens if repeated injury to the brain overwhelms the body’s capacity to repair it? What would that mean?

It would mean the person now has some permanent damage to their brain, even though they may not realize it. This may start to impact their memory, mood, concentration, attention, they may develop a slight tremor in their body (as a result of damage to their extrapyramidal system), they may develop problems with their sensory system, eyes, ears, taste, etc., and they may not be aware that it is the result of these repeated hangovers (or repeated injury to the brain—what I consider a hangover to be.) The person may have problems in multiple areas depending upon how widespread or how localized the damage is.

Something to worry about, right?

So here is one final bit before I conclude this article. Sometimes, in some rare cases, when people drink really heavily, to the point where they get physically sick (even if they are not habitual drinkers or, ‘addicted’, if you will) they can trigger a seizure in their brain. The shell-shocked brain’s electrical system gets short-circuited for some reason and even though this person has never had a seizure before, on this day, something goes wrong and a seizure is triggered. Now, this will scare anyone wouldn’t it? But here’s the problem. You would assume that the person, after having a seizure and being scared out of his wits and deciding to stop drinking heavily, would then be safe from any further seizures. You would think this is what would happen, but, in reality, there is no guarantee of this. There is nothing to say that if you trigger a seizure once, you will ever be safe from it after that, even if you stop drinking entirely.

So there is a lot to worry about when it comes to alcohol. One doesn’t just have to be concerned about addiction one also has to worry about abuse of alcohol, even if it is only periodic, as it can open up the proverbial Pandora’s Box and lead to some very significant problems for a person.

What is my underlying intention in talking about all this? It has been my experience that when you give people real information they can make remarkable changes in their lives as a result of that information. So I am providing real information with the hope it will help some people make good decisions. Am I saying people should not drink at all? No. That is not what I am saying. I am making a case for moderation in drinking. There is nothing wrong with having fun in life, just be careful you don’t hurt yourself.