Newly Single in the New Year

So there you are at the beginning of a new year, newly single.  What’s your plan? 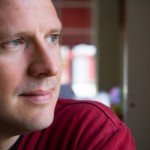 Whether you were the one who left, or the one who did the leaving, it is probably a good idea to take some time to process your last relationship. Jumping into a new relationship while the first one has barely ended may temper some things – perhaps you will not think so much of your loss or on the bad things that happened in the previous relationship – but there are some negatives to this equation as well. One of the downsides of ignoring the past is that it has a way of festering and making a reappearance, sometimes in undesirable ways. I once knew a lady who after leaving an abusive, alcoholic partner, immediately started a new relationship. In her new relationship, every time her new partner would have a beer, she would have a severe anxiety attack and go into a state of crisis. She had not given herself sufficient time to heal from her old relationship before getting into a new one and, as a result, past issues were making their way into the new relationship. The situation generated considerable conflict in the new relationship.

Some people decide they are going to be ‘totally honest’ when they start a new relationship. And so, when they meet someone new, they tell it all. People do this with the misconception that by telling all there is to tell about themselves right at the get-go will somehow help them to avoid a future debacle of the kind they have just survived. If only we could prevent relationships from collapsing by disclosing all our secrets right at the start, we would have found the cure to relationship breakdown. In truth, there is such a thing as saying too much and it applies as much to relationship number 5 as it does to number 1. The best course is to be balanced, to make appropriate disclosures, as one normally would, over time. And some things really should be your own to keep – nobody needs to know everything there is to know about you.

I know of people who have gone on dating and sexual free-for-alls after exiting a relationship. There is no evidence to suggest this is therapeutic medicine for hurt or pain a person may have suffered in a relationship gone awry. If you are considering this, it might help you to know that no matter how hurt you are now you can be hurt more yet. Be careful and take a balanced approach to your life. Later, you will be glad you did.

Let me also say a word about support: there is good support and then there is bad support. Good support is the kind that listens to you without judging you, is judiciously available to you, and when you need it, gently challenges your inaccurate view of the events of your life. Bad support is the kind that does nothing but work you up further, provides unwanted advice, is pushy, foists its own views upon you and gets mad when you don’t do what it wants you to. Good support is invaluable, bad support is worthless at best and terribly destructive at worst. When you are looking for a shoulder to cry on – which we all need from time-to-time – choose the good support kind and keep away from people who want to vent while using you as a vehicle.

Here are some thoughts on moving ahead in a good way:

If you are struggling emotionally get some help to develop the balance you want to have when you enter a new relationship.

Otherwise, the year is young, you are single and there is a whole world out there waiting for you, when you are ready to step out again.

Alexander Dhand is a Registered Psychologist in Calgary. He practices in the areas of Addictions, Depression, Anxiety, Stress, PTSD, Chronic Pain and Relationships via email at and through Twitter at Twitter.com/calgarypsych