Many people in their professional lives suffer from the ‘imposter syndrome’, the belief that they are unworthy of the position they hold, do not have the necessary skills or education required for the job they do, and will lose their jobs as soon as the secret is out. 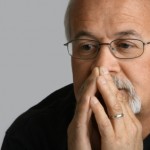 A recent client with this issue underscored the depth of this problem and was particularly notable because of his impressive resume and his high position in one of the larger oil companies in North America. However, despite his laudable achievements, this gentleman suffered from crippling anxiety about his abilities. He had suffered self-doubt and fear throughout his life, ironically, even as he had continued to climb the corporate ladder to the top.

It is true that we all have some self-doubt lurking in our minds somewhere, however, the problem, in this particular case, goes beyond a nagging doubt concerning one’s capabilities. In this specific situation, the issue is clinically important because it causes ongoing distress in a person’s daily life. Indeed, it can be difficult to live life covertly, hiding away everyday, living in fear, in threat of being found out, agonizing over losing one’s position or struggling with oneself over one’s perceived deficiencies.

From a superficial standpoint, what appears to be a simple maladaptive belief, in fact, generates much turmoil in a person’s life because it is an issue of low self-esteem. Some examples of these repercussions:

The issue of self-esteem, or poor self-esteem as the issue in this case, is more complex and sinister than might initially appear, and it comes with costs.

How do psychologists treat low self-esteem?

Treatment is a multi-pronged process in which the psychologist guides the person to insight concerning why the person has the problem they do. Insight is helpful in eradicating the mystery that surrounds the problem – people generally feel relieved to know why they act the way they do. While insight by and of itself is very powerful however more is required to eradicate that is poor self-esteem. The following, and the larger piece of self-esteem counseling is focused on problem resolution, on curing the self-esteem problem, so to speak. This will take didactic education in how the mind is involved in perpetuating established patterns of behavior, techniques and strategies to control the unpleasant cycle and ego-strengthening through the use of a variety of techniques that may include any or all of the following:

Low self-esteem can be a very limiting psychological problem with far reaching consequences for a person. The gentleman I had referred to earlier, despite his obvious success in his career, had suffered emotional distress because of this problem. The issue was finally resolved after he took action to deal with it, which finally relieved him from his turmoil. He considered his escape from his poor self-esteem to be the real pinnacle of his achievement, because it meant he could finally enjoy his life and all that he had built, and most important of all, he no longer lived in fear of being discovered a phony.

Alexander Dhand is a Registered Psychologist in Calgary, Alberta, practicing in the areas of Addictions, Depression, Anxiety, Stress, PTSD, Chronic Pain, Self-Esteem, Relationships and Conflict. He can be reached through Twitter at Twitter.com/Calgarypsych.