The Demise of Marriage and Its Social Consequences

In this article I detail how marriage has weakened to such a state where it is now a choice among many options. This shift away from traditional marital unification is one that has proven disadvantageous to people and, more specifically, children. 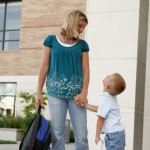 The trend towards deinstitutionalization, a situation where marriage became less of the prevailing norm for adults in a relationship, started in the 1970s with the growth of cohabitation in North America. The movement/trend initially was seen as an avant-garde phenomenon, a rebellion of sorts against the norms of society. Social scientists anticipated that, with the exception of the poor, it would be a passing fad for childless couples who would break up to marry.

This has not proven to be the case. Cohabitation is prevalent today in North America (more so in Canada than the US), and is accepted as an alternative to marriage. According to Kathleen Kiernan (2002), Professor of Social Policy and Demography at the University of York in London, England cohabitation occurs in stages. In stage one it is perceived as a stylish thing to do. In the second stage, it appears to be a testing ground for marriage that is presupposed to come later. Then, in stage three, it becomes acceptable as an alternative to marriage, followed by stage four where it takes the place of marriage itself.

In Sweden and Denmark, Kiernan argues, cohabitation has moved to stage four, while in Canada it is at stage three and the US is defined by a transition from stage two to three.

Generally though, in the mind of the average person, cohabitation is a transitional step to marriage. However, if cohabitation is a prelude to marriage, the numbers do not bear this out. According to Smock and Gupta (2002), in the US the proportion of cohabiting situations that led to marriage within three years dropped from 60% in the 1970s to 33% in the 1990s. This means there is a sharp decline in the possibility that living together will lead to marriage.

Moreover, marriage itself is redefined. An emphasis on emotional satisfaction and romantic love, which intensified earlier in the twentieth century, is the defining norm of marriage today. This phenomenon has weakened marriage to the extent that an ethic of individualism now prevails in marriage so that personal satisfaction, growth, bonds of sentiment, development of one’s own sense of self are priority over the ethics of being good providers, responsible parents, good homemakers and being people who derive satisfaction from playing the roles of husbands and wives.

A transition, then, to an individualized marriage happened in which a person only had to stay as long as his personal needs were met and not because commitment to social roles, responsibility to children or the well-being of the partner was necessarily relevant. The change in stigma of divorce, as noted earlier, and the acceptance of divorce as a social reality further nurtured this individualized nature within marriage.

It follows that, in the current context, one may first live with a partner before getting married (or not get married at all), or one may live with several partners sequentially without any explicit commitment to marriage. One may have children with one’s eventual spouse or with someone else before marrying. One may, in some jurisdictions, marry someone of the same gender and set his own rules of marriage. As well, one may leave a relationship if one feels it does not provide one with the individualized rewards one seeks, live with someone else or marry another, divorce, remarry one’s previous spouse, or go back to living with one’s previous spouse without any commitment to marriage. One could also live alone without any significant expectations from society that one should marry.

Given the changes, the question as to whether or not people are better off is doubtful. Rates of depression are higher than they have ever been. People live with more stress today than they ever have (many of the stresses are directly related to the situation of intimate relationships, single parenthood, etc.). Overall, there is a greater sense of anxiety and uncertainty concerning life.

In effect, it is the children who have borne the brunt of this relational/marital flux. Rates of depression in children are at an all time high. Increasing, as well, are problems such as chronic anxiety, attention deficit, stress, delinquency and substance abuse. All of these, it would seem, are linked, in great part, to the destruction of the institution of marriage – once a constant buffer from the pressures of society and a safe haven from the threats and tensions of the world. With the loss of their stable sanctuary children have become exposed, and left vulnerable; therefore, making them easy pickings for those who would prey upon them.